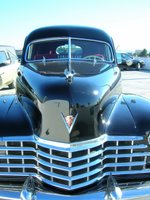 (What in the world is the movie that's now playing on Turner Classic Movies? Its got Bob Cummings as an escaped convict with a Betty Grable/Ginger Rogers-type love interest. Its set in the southwest with a blind hermit who plays classical piano, a busload of circus freaks who protect him, communist sabotuers and that's just in the first half hour. )

Anyway, this was the afternoon of the World's Longest Hearse Procession at the Petersen Automotive Museum. More than 70 hearses ranging from the above 1947 Cadillac immaculately restored, to many vehicles who used the procession as a forum for their various Gothic sensibilities, none of which I understood until the procession was over and the live music by The Ghastly Ones started to play their strange mix of Surfer Goth. With an Elvira look-a-like dancing with Frankenstein, and the original Vampira off to the side signing autographs, all on the top floor of the museum's parking structure on Wilshire Blvd., I realized this was about having fun. (Sometimes I'm slow, real slow.)

...and now I've learned that the movie is "Sabotuer " by Alfred Hitchcock, a director who [brace yourself] bores me. Unlike Billy Wilder, John Ford or Howard Hawks, his characters seem thin and his plots contrived. I could sit down right now and watch "The Seven Year Itch", "My Darling Clementine" or "Only Angels Have Wings" for their secondary characters alone. Whereas "Vertigo" seems preposterous, every frame of "Rear Window" is clearly shot on a studio lot and "North By Northwest" is interesting if you don't mind villians who belong in comic books.
Posted by -K- at 8:27 PM 6 comments: 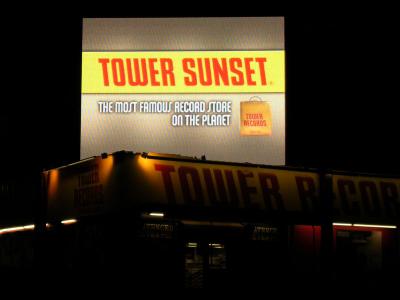 When Tower Records put up their bombastically large Jumbo-Tron over their Sunset Strip store, I made a solemn vow to never buy another record from them. Earlier this evening, however, I had the urge to hear "Stage Fright" by The Band. Do you see where I'm going with this? Yes, I could have downloaded it for maybe a dollar or two less but then I would have not run into my dentist, the estimable Dr. Shiri, nor taken these pictures, nor gone to Book Soup to buy yet another book on L.A. history (Fun Hollywood Fact of the Day: The house used in "Double Idemnity" is still standing. 6301 Quebec Dr. in Los Angeles., not, per the movie, Glendale.) In the end, however, I'd still be here listening to "Daniel and The Sacred Harp" and thinking about listening to it for the first time while I was living and working on a boat going up and down the Ohio and Mississippi Rivers.

Am I the only one who can't wait until the Special Prosecutor releases his indictments? Is a Cheney-Rove-Libby trifecta too much to hope for?
Posted by -K- at 11:24 PM No comments: 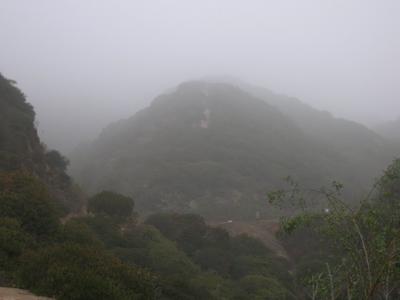 Also known as "The Dog Park". Thirty dogs going up the canyon and at least that many coming down. More crowded (with humans) than I would prefer but then again, it's 130 acres of non-gentified Southern California wilderness less than two miles from Grauman's Chinese Theatre. I should not complain. 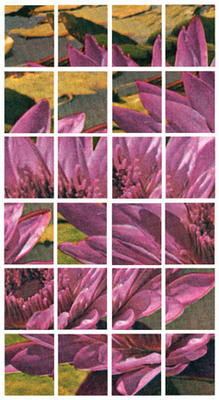 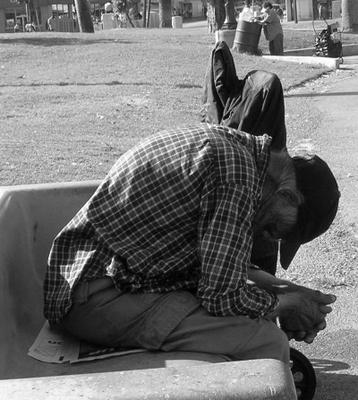 No Reason Not To

(The only reason I'm writing this is that the movies on TCM tonight are so god-awful.)

As far as I can tell, there's no reason not to drink apple cider vinegar. Even tho there's nothing definitive from the FDA, and probably never will be, its said to be potent detoxifier as well as rich in potassium. But most of all, the cleansing properties of apple cider vinegar will ward off kidney stones, which means I should drink the stuff by the gallon.

And then there's bee pollen. Again, there's nothing that can be documented regarding the many claims that it strengthens the physical body as well as the immune system. However, what can be confirmed is that it, like the wheatgrass juice I wrote about last month, is extremely rich in vitamins and contains nearly all the known minerals, enzymes and amino acids.

I admit that I like the old-timey, semi-crackpot theories about health. Besides having (perhaps) some fundamental validity, especially in regards to prevention, they entertain me and give me a sense of being connected to a way of life that continues to thrive just under the surface of Los Angeles (and everywhere) in the 21st Century.

And Another Thing: "Walt Whitman's America" by David Reynolds. Its subtitle is "A Cultural Biography" and this is what makes it so good. Everything that was happening to America in the middle of the 19th Century found its way into "Leaves of Grass." Photography, women's rights, Swedenborgianism, the geography of rural Long Island and of course New York City and the Civil War, he wrote about them all as they were happening.

***
I now realize I missed tonight's "Celebrity Poker" but that I'm not bothered by not seeing it. As much as I enjoy watching any poker game, a big part of the appeal is watching the professionals play. I love their individual and widely varied strategies, their personalities, their camaraderie mixed with intensely competitive natures, even the way they dress, which with the exception of Johnny Chan, ranges from bland to stupefyingly bland.

Everything that I had to write about tonight has been about subjects at least one hundred years old. I wonder what this means....
Posted by -K- at 9:50 PM 1 comment: 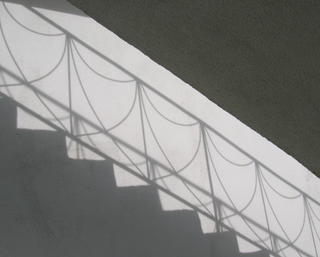 Combine yogurt (or sour cream), mayo, mustard, ginger and honey. Set aside.
Cook the salmon in 2 inches of boiling water in a large pan; reduce heat to a simmer and cook for 8-10 mins (if salmon is one inch thick).

Take the salmon from the pan and spoon the sauce over it.

Eat and be grateful for The Jimson Weed Gazette.
Posted by -K- at 9:02 AM 2 comments: 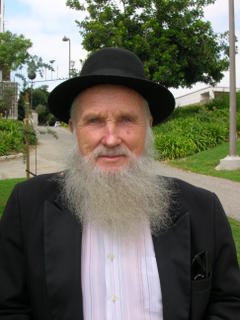 My preconceived notion of this man, as I tried to surreptitiously take his picture, was that he was an Old World equivalent of a grump. Unable to sneak a picture, I reluctantly tried the forthright approach, "Could I take your picture?" With this he instantly transformed into a courteous gentleman, still of the Old World, and not only willing to accommodate me but also extremely eager to talk. He spoke no English although when I showed him his picture, he quickly pulled out photos of his wife in a hospital bed and started to cry. Clasping her picture, putting both his hands over his heart and then showing me more pictures, I couldn't understand if she was dying or dead.

In the space of half a minute I went from "Hey, he'd make a cool picture for my blog" to under-trained and overwhelmed grief counselor to 'This guy is not unlike my own father; totally bottled up but with so much emotion just under the surface.' It didn't matter I didn't speak a word of Russian, he simply had to acknowledge his loss in the presence of another human being. Still out of my depth, I offered him the bottle of water I was saving for a homeless photo subject. He took the water with one hand and reached into his pocket to pay me with the other. I quickly made him understand that this was just my attempt to do something for him. He smiled and let me take another picture.
Posted by -K- at 8:42 PM 4 comments: 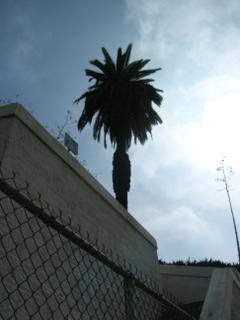 Tonight, through the miracle of Netflix, I'll be watching "The Hired Hand". Directed by Peter Fonda in the very early Seventies, I'm hoping its the philosophical Western that I dimly remember it to be.

Sunday, before and after my trip to MOCA to see Basquiat paintings, I took a handful of photos that I'm happy with although I would agree they fall under the "L.A. Summertime Angst School of Urban Anxiety" but, like I say, I'm happy with them and am going to try and post them in the sidebar.

I've mentioned this to a few people since yesterday but while seeing the Basquiat paintings I realized that one of Basquiat's recurring themes is mental illness, his mental illness. Nobody seems to agree with this and I'm not denying his gifts with color and composition but while many other artists try to do justice to the human body or nature or society, Basquait choose to represent his mind. Overflowing with seemingly irrational references to consumerism, racism, his Spanish-Caribbean roots, black sports heroes, black jazz artists, and more I never got the idea that he was trying to make sense of it all like a good Westerner, only that I was witnessing a mind at war with itself.

But to appreciate Basquiat even more, go to the other show that Moca is displaying - "The Blake Bryne Collection." Usually I would be more sympathetic to this show in that, by and large, they are done by people like me, white and college educated and not much else, but without exception the paintings, and some sculptures, just sit there waiting to be discussed by their peers. A photostat of the dictionary definition of the word "Tart" (by Joseph Kosuth) or "Mesa" a collage by John Baldessari just can't compare with "Irony of Negro Plcemn."
Posted by -K- at 7:52 AM 15 comments:

First of all, would it have killed you to have told me the Little Tokyo Farmers Market is on Saturday, not Sunday?

But now it's October and that means it's the weather for:

Cook one pound of your favorite sausage in a large skillet.
Add plenty of cooked and cubed potatoes.
Next, put in a 16 oz. bag of frozen mixed vegetables. Cover (8-10 mins.?)

After these have cooked through, stir in an 12 oz. can of diced pineapple. Be sure to include the sryup as this ties it all together.

Now its off to the West Hollywood Book Fair...

It's cold and overcast this morning; good photography weather. The plan is to go to Little Tokyo's Farmer's Market as a starting point. After that, finally, Basquiat at the museum.

Also, the West Hollywood Book Fair and "The Control Room."

*Ludwig Wittgenstein
Posted by -K- at 8:26 AM No comments: